The Administrator of the Customer's personal data is Polimex Mostostal S.A. with registered office in Warsaw at Jana Pawła II 12 ave, 00-124 Warsaw. Personal data of persons contacting us in the above manner will be processed in order to identify the contact person and to handle the inquiry.. More information about data processing can be found in the Privacy Policy. We encourage you to read this information before sending us an inquiry.

On 21 June 2022 in Płock, an agreement was concluded between PERN S.A., based in Płock, and a consortium of companies: Naftoremont-Naftobudowa sp. z o.o. and Przedsiębiorstwo Agat S.A. for the construction of three storage tanks with a capacity of 32,000 m3 each for petroleum products of class III together with the accompanying infrastructure at the Fuel Depot No. 4 in Rejowiec.

For the completion of the Task, the Contractor will receive a lump sum remuneration of PLN 113,569,000 net, of which PLN 69,569,000 net is due to Naftoremont-Naftobudowa.

- Thanks to the expansion of PERN's fuel depots, we have strengthened the tank competence of Naftoremont-Naftobudowa Sp. z o.o. and are a leader in this segment of industrial construction. Over the past three years, as a consortium, we have built 13 liquid fuel tanks for PERN, with a total capacity of over 602,000 m3. - said Krzysztof Figat, President of the Management Board of Polimex Mostostal S.A. and President of the Management Board of Naftoremont-Naftobudowa Sp. z o.o.

The deadline for completion of the new reservoirs at Rejowiec was set at 64 weeks from the date on which the parties signed a handover protocol for the final construction permit.

The construction of new fuel storage facilities is being carried out as part of the second phase of the third expansion of fuel depots.

- The geopolitical situation, as well as signals from our customers, confirm that our actions to date and our investment in new projects are correct. Thanks to the implementation of the next phase of the expansion of fuel depots, we can all feel safer - 256,000 m3 means over 4 million refuelled cars - said Rafał Miland, Vice President of PERN.

- We are fully committed to the plan of extending PERN's storage infrastructure for our customers, who need a high degree of flexibility due to new logistic challenges related to different directions of fuel deliveries particularly today - emphasised Mateusz Radecki, Vice President of PERN. - We will carry out our project with the help of experienced consortia. The competence of the contractors, who will soon enter the construction sites, will allow us to provide another 8 tanks for liquid fuels ," he added. 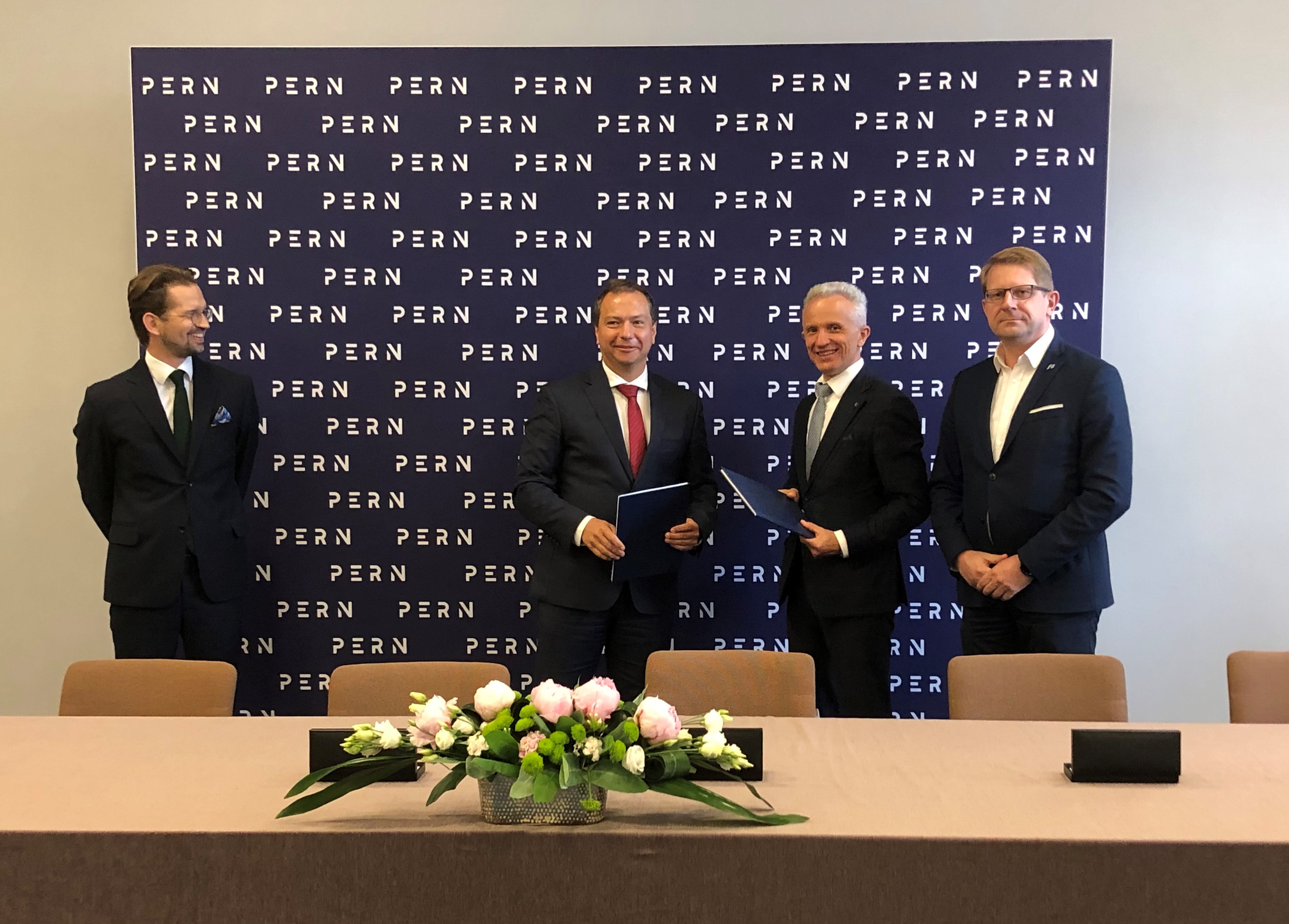