The Administrator of the Customer's personal data is Polimex Mostostal S.A. with registered office in Warsaw at Jana Pawła II 12 ave, 00-124 Warsaw. Personal data of persons contacting us in the above manner will be processed in order to identify the contact person and to handle the inquiry.. More information about data processing can be found in the Privacy Policy. We encourage you to read this information before sending us an inquiry.

On Thursday, November 25, 2021, in the presence of representatives of state and local authorities, the foundation stone for the construction of two gas and steam units at the Dolna Odra Power Plant was ceremonially laid. It is a project of strategic importance for the Polish economy. The units under construction will be the largest and most modern gas-fired power plant in Poland. The advancement of the project implementation exceeded 40 percent. The investment, worth nearly PLN 5 billion, will be completed by the end of 2023.

Investments in natural gas-based capacities are in line with the PGE Group's strategy and result from the need to balance the system along with the growing role of renewable energy sources and the shortage of flexible generation capacities in Poland. The new unit powered by low-emission gas will replace the quenched coal capacity, contributing to the gradual decarbonisation of electricity generation in Poland.

Companies with a share of the State Treasury are the key instrument implementing the energy transformation in Poland. Investments such as the one at Dolna Odra power plant, carried out by PGE Polska Grupa Energetyczna, are an important element in the diversification of energy sources. It is also an extremely important element of the transformation towards a low-carbon economy. At the same time, the possibility of using gas fuel from the nearby LNG terminal in Świnoujście and the use of the potential of the Baltic Pipe gas pipeline is of key importance, emphasizes Jacek Sasin, Vice-President of the Council of Ministers of the Republic of Poland, Minister of State Assets.

The construction of new gas capacities is one of the elements of a fair energy transformation towards low and zero emissions. Gas as a transition fuel is a necessary direction to gradually reduce the share of coal in Poland's energy mix. New gas blocks at Dolna Odra Power Plant mean lower emissions of the economy, energy security of the country and stable energy supplies, as well as new jobs during construction and subsequent operation. In the era of transformation, it is a priority for us - said Anna Moskwa, Minister of Climate and Environment.

The new gas units at the Dolna Odra Power Plant will produce electricity equal to the demand of approx. 2.5 million households. The investment will be launched in the fourth quarter of 2023.

PGE's emerging gas investment is one of the most modern gas power plants in Europe and one of the key elements of the Group's transformation towards a low-carbon one. It is also an example of how the Polish energy sector is changing in practice.

Flexible generation technology in this type of units will enable stabilization of the system and will be an important support for numerous onshore wind farms in Pomerania and emerging offshore farms in the Baltic Sea, including the largest offshore farms built by the PGE Group – said Wojciech Dąbrowski, President of the Management Board of PGE Polska Grupa Energetyczna.

The implementation of a project of this scale is also a development impulse for the region and specific jobs around the investment. Currently, about 400 employees work on the construction site, but at the peak moment, which is still ahead of us, it will be nearly 2.5 thousand people – he emphasized.

The capacity of the new Dolna Odra Power Plant has obtained a 17-year contract in the main auction of the capacity market, which will come into force from 2024. They will meet stringent environmental standards for emissivity. Currently, the average emissivity of energy generation in the National Power System is about 0.8 tons of CO2 / MWh. In new units it will be below 0.35 tons of CO2 / MWh. The launch of new units will therefore allow to reduce emissions by about 2-3 million tons of CO2 per year.

The investment is being carried out by a consortium of companies consisting of General Electric (the leader of the consortium) and Polimex Mostostal, which won the tender for the design, supply, construction and assembly, as well as the commissioning and commissioning of two gas-steam units along with full underground infrastructure. The net value of this contract is PLN 3.7 billion. The order also includes an additional 12-year service contract worth over PLN 1 billion net.

We are proud that thanks to GE's energy solutions, we can support the energy transition in Poland and PGE's goals in terms of sustainable development, energy security and cost efficiency.

Thanks to the gas units under construction in Dolna Odra, the power plant will produce electricity at a lower emission rate, and in addition, GE's gas technology will ensure stability and reliability and enable further development of renewable energy in the Polish energy system – said Sławomir Żygowski, President of the Management Board of GE in Poland, Country Executive.

Today's ceremony of laying the cornerstone for the construction of two blocks in Nowy Czarnów, a strategic project in the portfolio of the Polimex Mostostal Capital Group, is an important day for all of us. We are proud to have contributed to the construction of the "Polish future". The new gas units at the Dolna Odra Power Plant are today the largest and one of the most modern investments in the country carried out by Polimex Mostostal.

Our unique multidisciplinary experience combined with GE's professional technological support is a guarantee that this investment will be our joint success and another strategic energy unit in Poland that we will build for PGE Polska Grupa Energetyczna – said Krzysztof Figat, President of the Management Board of Polimex Mostostal.

The construction of two new gas units will allow to restore the generation potential of the Dolna Odra power plant. The investment in modern gas-fired installations is a guarantee of the long-term operation of the power plant, which plays a strategic role in the National Power System as the only system generator for the north-western area of Polish.

Currently, after the shutdown of two coal-fired units at the Dolna Odra Power Plant at the end of 2020, four power units with a total installed capacity of 908 MW, powered by hard coal, remain in operation at this location. In addition to generating electricity, they also produce heat for individual, industrial and municipal customers in Gryfino.

They are equipped with installations limiting emissions of nitrogen oxides, sulfur and dust, and thanks to the use of state-of-the-art technologies, they meet current emission standards. 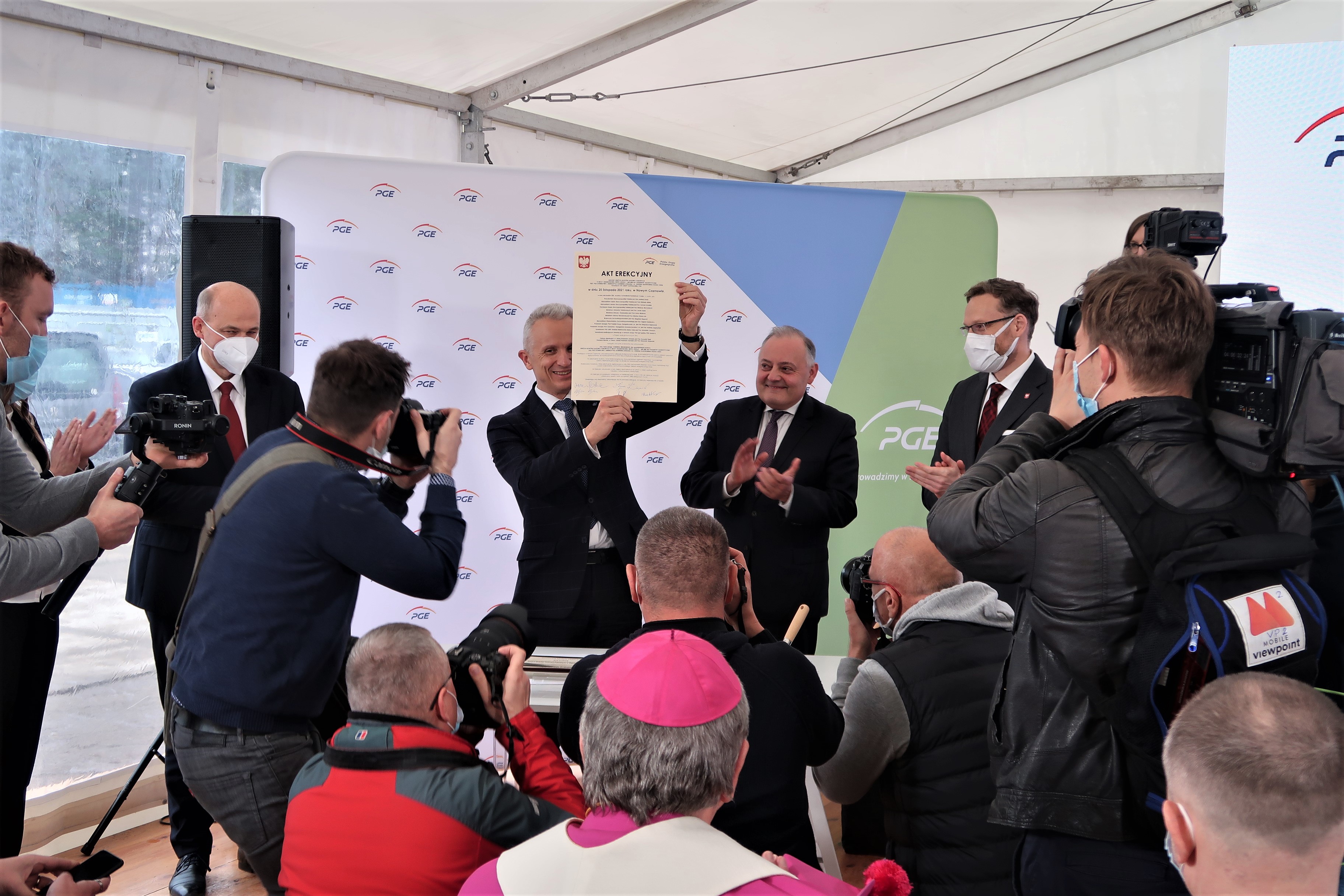